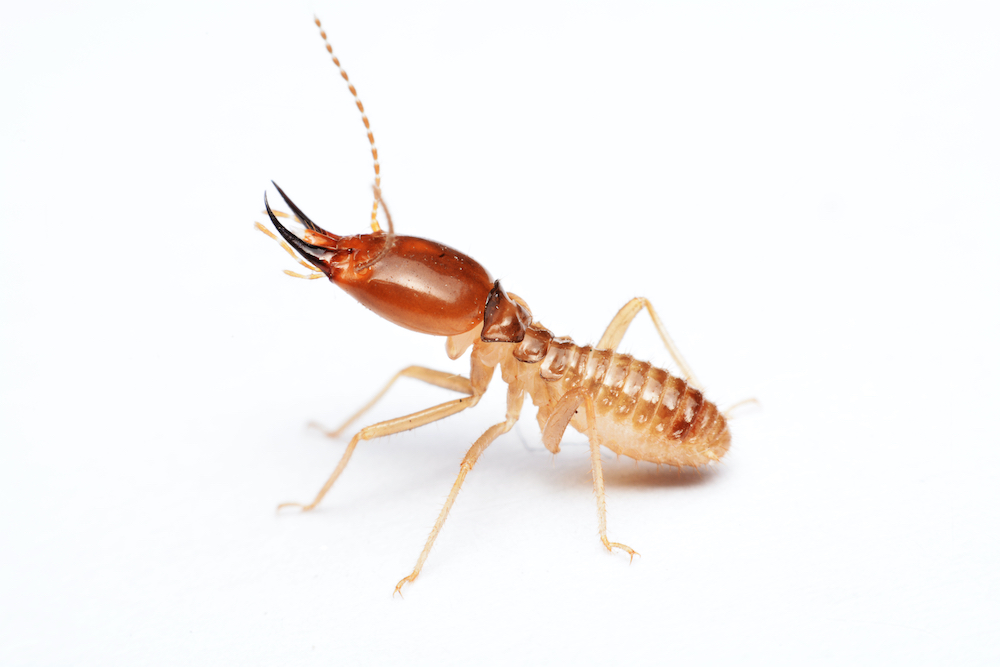 have a termite problem in your home?

Subterranean termites are a frequent hazard to home and business owners in the Las Vegas Valley. Each year, termites cause $5 billion dollars worth of damage to buildings in the United States. Unfortunately, it’s easy for a termite infestation to go unnoticed until the boring insects have already caused catastrophic damage to your property.

The best way to keep termites at bay is to eliminate any factors which may attract them or make it easy for them to enter your property. Termites feed on wood cellulose, so it is best to keep firewood or brush piles a good distance away from the side of your home. Since termites are particularly drawn to moist wood, it’s also best to avoid excess watering of mulched garden beds around the exterior of your building. Be wary of earth touching the wood of your building or faulty grades in your flooring, since both can allow termites to enter the property easily.

If you are afraid that there is a termite infestation in your home or you want a termite inspection for a property refinance, contact D-Termination Pest Control at 702-878-1002 so we can protect your property against these pests!

Subterranean termites constantly eat away at woodwork, biting off small pieces with their saw-toothed jaws. Over time, a termite colony can cause catastrophic damage to the structure of a building and may even lead to a collapse. Termite infestations can occur both inside and outside of your building, and there are several signs to look out for.

Termites build distinctive tunnels known as “mud tubes”, which protect and insulate them while they travel to food sources. You may be able to spot these mud tubes on the exterior of your building. If you’re concerned about termites inside, try tapping on soft wood; if it sounds hollow, that means termites have probably been eating away at it. Other subtler signs of termite infestation include the darkening of wood, bubbling paint and discovering small piles of what appears to be sawdust but is actually termite feces.

The key to subterranean termite control is prevention, and there are many measures you can take to dissuade these pests from your home or business. Avoid plantings around the perimeter of your building that will need to be watered frequently, and make use of downspouts to divert rainwater from gutters out into your yard. Make sure all crawl spaces are properly ventilated to avoid excess humidity. Never pile scrap wood or lumber near your home or bury it in your yard. Seal any cracks in the foundation of your building. Most importantly, maintain at least a one-inch gap between the soil of your yard and the wood of your building.

some information on termites

Workers form the bulk of a termite colony, and their duties include foraging for food, repairing the nest, and providing grooming and other care for fellow termites. Soldiers, meanwhile, possess large armored heads with sharp mandibles which they use to defend a termite colony from attacks by predators and rival colonies. Worker and soldier termites usually only live for one to two years.

During certain times of the year, typically during spring, winged reproductive termites known as “swarmers” will fly away from the colony to form their own. Termite swarms usually happen during the daytime, particularly during warm and rainy days. Colonies established by swarmers get off to a slow start but once a queen matures, the colony will grow to a size of over 60,000 termites within the next decade. Long-standing termite colonies can be composed of as many as two million insects!

Termites are a singularly destructive pest that cannot be exterminated using store-bought traps or do-it-yourself pest control efforts. In order to prevent termites from wreaking havoc on your home or workplace, schedule annual termite inspections of your property. If you find evidence of a termite infestation in your building, contact a licensed pest control company to determine the scope of the infestation and initiate a control plan.

Call D-Termination today at 702-878-1002 for all of your termite control needs in the greater Las Vegas area! 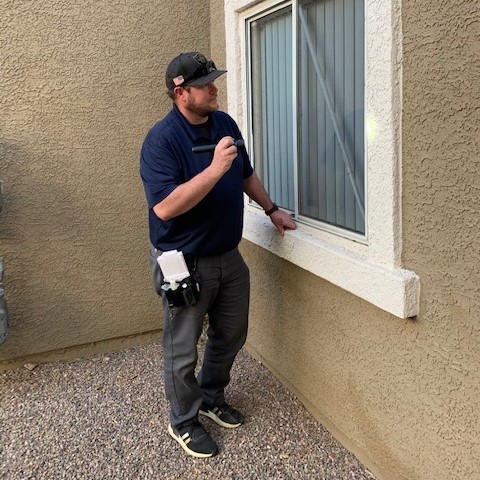