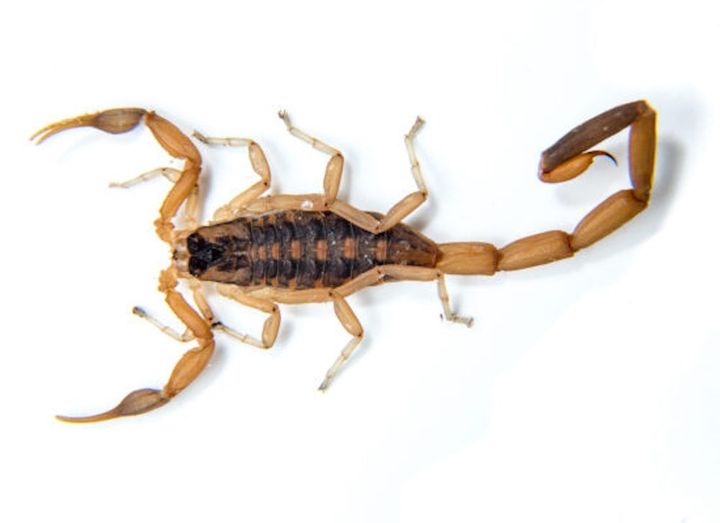 have a Scorpion problem in your home?

Scorpions are perhaps the most frightening of all the pests found in the Las Vegas area. Between their venomous stingers and their pincers, these arachnids have a very intimidating appearance and many come with an aggressively territorial personality to match. While their sting is not usually fatal, it can be very painful and require medical attention, with the threat level depending on the species responsible.

As with most pests, your best bet to avoid finding a scorpion in your home is to take measures to deter them from entering. Scorpions mostly prey on insects like crickets and cockroaches, so if you have an infestation of these pests on your property, it’s more likely that scorpions will arrive to hunt them. Scorpions are nocturnal and tend to rest in cool, dark places during the day, which makes firewood piles an ideal habitat for them. Because of this, you should store firewood at least 30 feet from your home and be careful when grabbing a log. Try to prevent brush from piling up in your yard, too. Scorpions are also drawn to water, a scarcity in the Mojave Desert. This is why they are most commonly found in kitchens and bathrooms. Try to avoid excess moisture from pooling around your home to avoid attracting scorpions.

If scorpions have been popping up on your property and you want professional help to eliminate the infestation today, call D-Termination Pest Control at 702-878-1002 so we can keep your household safe from these stinging pests!

There are four types of scorpions found in the Las Vegas Valley, and both their size and the threat they pose vary significantly. True to legend, smaller scorpions tend to be more venomous, which is a problem since they’re much more difficult to spot. The bark scorpion, which only grows to 2 ½ inches long, is the most venomous scorpion found in Las Vegas. Its sting will usually require medical attention, and may be deadly to children and pets. The striped tailed scorpion is about the same size and much more aggressive but, thankfully, also far less venomous. The desert hairy scorpion and the emperor scorpion may grow as large as 8 inches but their stings are comparable in pain to that of a wasp and don’t usually require medical attention.

While prevention is the best way to avoid a heart-stopping encounter with a scorpion in your home, there are some products that you can use to eliminate an infestation on your property. Barriers can be installed on the bottoms of doors to prevent scorpions from crawling in. There are pesticides which will kill scorpions on contact, a helpful tool if one unexpectedly appears in your bathroom at night. Because scorpions tend to hide during the day, you can also set up glue traps to lure them out and eliminate them. 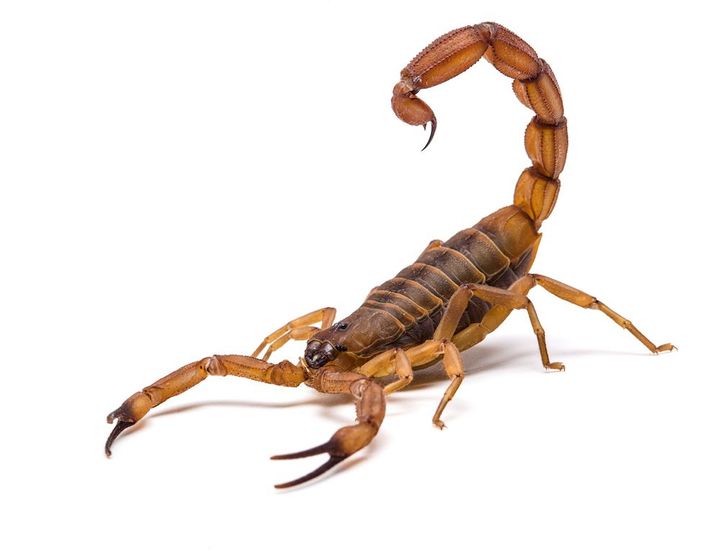 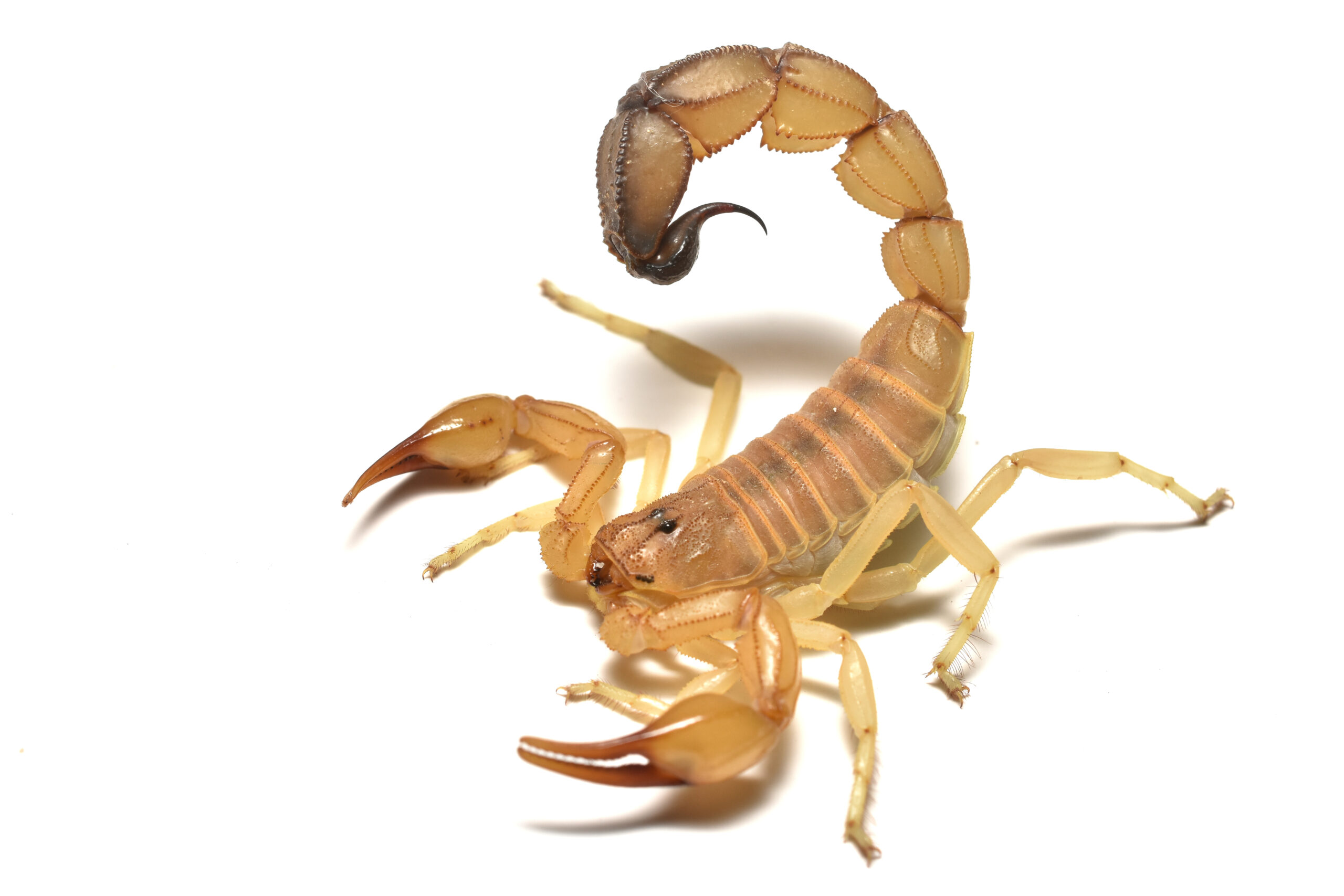 Of the 1,400 species of scorpions in the world, only 25 have venom that may be fatal to humans, including the bark scorpion. In addition to judging the danger of a scorpion’s venom by its size, you can also look at the shape of its pincers. If they are large and round, such as those of the emperor scorpion, the scorpion probably isn’t very dangerous. However, if the pincers are long and slender, as in the case of the bark scorpion, you should beware!

Scorpion venom has been found to have many applications in medicine. The venom is used to treat certain skin conditions as well as autoimmune disorders like rheumatoid arthritis and multiple sclerosis. Ongoing research is being conducted to determine if scorpion venom may even be used to treat cancer!

One strange but useful fact about scorpions is that they glow when exposed to ultraviolet light! Their exoskeletons are fluorescent, so if you’re worried about stumbling upon scorpions in a dark room or yard at night, try scanning the ground in front of you with a UV flashlight as you walk.

Scorpions are dangerous pests that can cause great harm to your family with their venomous stings. If you’ve discovered a scorpion infestation inside your home or in your yard, you should have them safely treated before someone gets stung.

Give D-Termination a call today at 702-878-1002 for all of your scorpion control needs in the greater Las Vegas area! We offer scorpion treatment services in Henderson, North Las Vegas, Summerlin, and other surrounding areas. 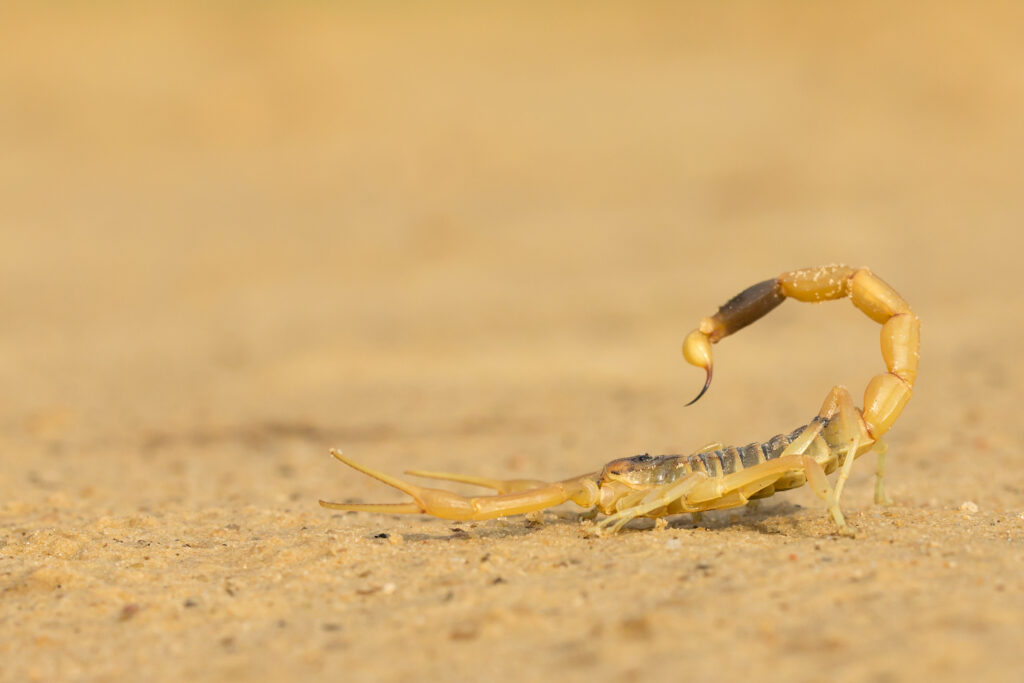